Over the past five years, Imagination has been working hard to develop strong recognition and relationships throughout the UK university community. Of these, the most advanced relationship we have today is that with Imperial College London. Regarded as one of the UK’s top universities, ranked by the Times as #10 in the world (Cambridge was ranked #6) and #6 by the highly respected QS World University Rankings, Imperial has an enviable reputation as one of the world’s foremost engineering schools.

Recognizing the durability of this relationship, we have now further strengthened our partnership with Imperial by sponsoring their 3rd and 4th year lab – now known as the Imagination Technologies Laboratory! This means that every student will now pass through the Imagination labs, and in time be working with GPU and CPU platforms supplied by us.

The excitement around the sponsorship of the lab (and the canapés and champagne that were provided!) generated a great turn out of both academics and members of the student body. Tony King-Smith officially opened the lab with a speech, and we provided demos for the students and academics to learn more about what we do at Imagination. We even had a 3D printer printing the (now old) Imagination logo! And thanks to this event, we have now made new contacts into their Computer Science faculty too.

At least 10% of our graduate intake every year comes from Imperial College EEE and Computing departments. We have already been offering undergraduate and masters projects based on our technology for students to engage with, as well as having donated some Meta CPU ‘minimorph’ platforms to the student societies to program on. We also have an on-going PhD research program – currently led by senior PowerVR hardware engineers- which has delivered excellent results.

We are sponsoring the lab both as a way to highlight Imagination as an employer of choice for Imperial College students, and also to support our recruitment programme. However, beyond that, as a technology world leader based in the UK, we wish to use our global reach to support UK academia on the world stage. Imperial is recognised globally as a truly world class institution, so furthering our partnership with them raises the profile of not only Imagination and Imperial, but also the UK as a key global technology player. 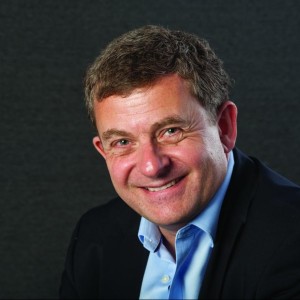 Tony joined Imagination Technologies in 2006 and is the company's EVP of Marketing, responsible for all segment and technology marketing, communications, OEM relationships and ecosystems. He has extensive experience in product and segment marketing including many blue chip corporate relationships. Prior to Imagination, Tony held senior engineering and marketing positions with Panasonic, Hitachi (now Renesas), LSI Logic and INMOS.