If you’ve been using our PowerVR Graphics SDK, you’re probably familiar with PVRTrace, which allows you to capture and analyse the OpenGL ES and EGL API calls made by an application, without having to sift through source code. Aside from the usual assumptions (you have already installed both the Android NDK and the Android SDK), this tutorial assumes that your Android device is NOT rooted.

For this guide, I’ll be using Linux as my main operating system, but the same methodology can be applied to Windows – just change all those shell commands for clicks and double clicks if you are using Microsoft’s OS.

A bit of theory

As you may know, Android has a set of OpenGL ES shim libraries that call to the real driver as pointed to by egl.cfg (located in /system/lib/egl/).

PVRTrace adds an extra layer of OpenGL ES shim libraries between your application and the real driver to enable some extra functionality (for example to record the OpenGL calls and data or modify some of them on the fly to override the renderstate).

Usually, PVRTrace is installed AFTER the Android shim (this requires egl.cfg to be modified and some libraries to be copied to the system so the PVRTrace shim can pretend it is the real graphics driver). Sneaky isn’t it?

If you don’t want to root the device (as required for a standard PVRTrace install that alters the file system), you’ll need to build PVRTrace in your app.

The image below shows the new flow of the OpenGL ES calls:

In a nutshell, that’s all the theory you need to know on PVRTrace, so let’s get cracking with an example!

First of all, let’s get an application to use as our Guinea pig – the OpenGL ES 2.0 Water example from our PowerVR Graphics SDK will do – it always does!. Remember to back the original version up before modifying it, just in case something goes wrong.

Now we are ready to go.

Step 1: Tell the NativeActivity to load the recording libraries.

This is quick: just open the .java that extends NativeActivity and statically load the PVRTrace recording libraries, see the example code below:

Well done, that’s almost half of the work! Let’s move on to the next step.

This is where we tell the Android NDK to link your application with our PVRTrace libraries (instead of the OpenGL ES libraries) that will be packed later with the .apk.

Just correct the path so it points to where you have the SDK installed and the Android_ <abi> to the architecture you are building for (armeabi, armeabi-v7a, mips or x86).

That’s almost it, we just have now one optional step before building.

Step 3: OPTIONAL. The application will have to place the data somewhere and we will use the SDCard. For that we need an extra permission on the AndroidManifest.xml.

Alternatively, you can usesome other more device dependant options like /data/local/tmp that do not require extra permissions.

Add this to the AndroidManifest.xml:

Note: Our PowerVR Graphics SDK examples already have that permission.

So, now that everything is on place it’s time to build the native part:

Again, remember to change the <abi> for the one you are targeting.

Once the native part is build comes the last tricky bit, to copy the PVRTrace libraries on the recently created /libs/ <abi> folder:

OK, now we are good to build the .apk. For that just run the usual commands:

Note: <target> is the Android SDK you are targeting, just check “android list targets” and pick the one used by your device.

That’s it, your application now has all the PVRTrace functionality built in. Time to trace!

If you have any questions about this tutorial, you can contact our DevTech support team on Imagination’s PowerVR Insider dedicated forum. Remember to follow us on Twitter (@ImaginationTech and @PowerVRInsider) and subscribe to our blog. 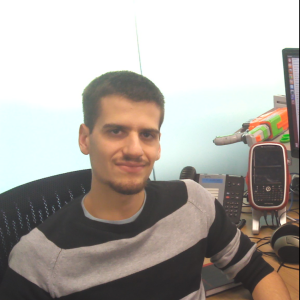