Why you should care about Bluetooth LE Audio

Earlier this week, we announced our new iEB110 IP, a complete Bluetooth Low Energy IP solution based on the recently announced Bluetooth SIG version 5.2 specification. The iEB110 Bluetooth Low Energy v5.2 IP contains the RF, controller software and Bluetooth Low Energy (BLE) host stack, providing manufacturers with everything they need to create cutting-edge devices, from earbuds to hearing aids, at speed, and at the lowest BOM cost, giving them a competitive edge in the fast-evolving wireless audio market. We’re particularly excited about this IP as the BLE 5.2 specification introduces LE audio, which is a significant step forward for Bluetooth audio, both in terms of sounds quality and functionality.

LE Audio, based on our new iEB110 IP, will enable manufacturers to create low power audio devices that offer several revolutionary new features that weren’t possible before, even with third-party proprietary solutions. The big story in this new release was providing audio support over the Bluetooth Low Energy link for the first time. Described as one of the largest development efforts in the Bluetooth SIG history, not only does BLE now support audio, its new feature set will enable several uses cases that will transform the way we consume and share audio for many years to come.

At the heart of this is the new Low Complexity Communication Codec (LC3), which is now mandatory for all LE audio products and supports a wide range of sample rates, bit rates and frame rates giving product developers maximum flexibility to optimise their products to deliver the best possible audio experience to their end-users.

LC3 is much more efficient in processing and delivering audio than the SBC codec which is used in Bluetooth Classic and as you can see below offers much better audio quality in the real world.

The vertical scale in the chart below represents the audio impairment scale based on the ITU-R BS.1116-3 specification where 5 means the difference from the original source is undetectable, 4 represents a noticeable difference but not annoyingly so, and 3, a significant difference.

The result shows that even at half the bit rate, LC3 can deliver far superior audio experience than SBC.

The limitations inherent in SBC have meant manufacturers of audio equipment such as Bluetooth headphones have had to turn to proprietary solutions such as AC3 and AptX. However, this requires specific support in hardware and inevitably adds costs over standards-based implementations. With LC3 this issue goes away and as manufacturers no longer have to license proprietary technology it could lead to lower device costs.

In addition, Bluetooth Low Energy v5.2 introduces a new feature that promises to revolutionise wireless audio. Classic Bluetooth can only support a single point to point audio stream over the A2DP profile. As such, developers had to resort to a proprietary method to implement some of the recent new use cases such as true wireless stereo (TWS), as commonly used by today’s wireless earbuds. With this solution, the audio is sent to just a single headphone, and this headphone then sends the signal to the second bud.

LE Audio, however, is designed to handle multiple audio streams between devices with very tight synchronisation between them.

The ability to deliver high-quality audio at low bit rate means LE radios do not need to stay active for longer. This leads to lower power consumption and extends battery life. Taking advantage of the power saving that comes from LC3, developers can create small form-factor devices with smaller batteries.

LE audio supports broadcast, and this can be closed or open, providing possibilities for new use cases in public places. For example, for airport announcements or in waiting rooms the broadcast can be open for anyone to connect to, just like an open Wi-Fi SSID. On the other hand, paid audio guides at museums and galleries can be offered as closed broadcasts and can be set up to require a passcode for listeners to join.

Audio sharing over LE also offers up an entirely new way of consuming audio over Bluetooth with significant potential to transform the user experience. It supports personal audio sharing with those around us to create shared listening experiences – just enable sharing and your friends or colleagues can listen in.

Then there’s location-based audio sharing, where public TVs could share audio in multiple languages and with simultaneous translation.

Over many years, audio delivery over Bluetooth has brought enormous benefit to users in terms of hands-free calling and wireless music streaming. However, one group of people that was unable to benefit from these technological advancements was those who suffer from hearing loss.

This community is estimated to be 15% of the world population and the figure is expected to increase as people are living longer. World Health Organisation (WHO) estimates that 1.1 billion young people worldwide could be at risk of hearing loss before they reach the age of 35 due to unsafe listening practices.

LE audio has explicit support for hearing aid use cases built into the standard. The new efficient codec will enable developers to create small form factor devices, such as hearing aids with smaller batteries. Thanks to the popularity of TWS headsets, the stigma associated with wearing hearing aids will eventually disappear.

Smartphone apps like hearWHO that was released by the World Health Organisation allow people to self-diagnose their hearing loss. With Bluetooth enabled hearing aids, we could see people purchasing generic hearing aids and customising them using a smartphone app to suit their hearing needs. With 80% of people suffering from hearing loss estimated to be living in low- and middle-income countries, with currently one audiologist per as many as six million per population, this could potentially be a life-changing technology for them.

With such revolutionary use cases we’re excited about the possibilities these new devices will bring over the coming years, and any manufacturers looking to develop these sorts of devices will be well served by Imagination’s iEB110 IP. 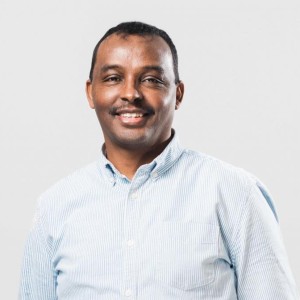 I joined Imagination Technologies in 2019 as Senior Marketing Manager, responsible for Ensigma connectivity product lines. I previously spent six years at Laird as product development and engineering manager where I managed a software team and successfully delivered several Bluetooth, Wi-Fi and LoRa-based programs. Before that, I worked for Ezurio, TomTom, Lysanda, Intelligentz, among others developing wired and wireless products for consumer, automotive, medical and logistics sector. I hold a Bachelor degree in Aircraft Instrumentation and an MSc in Scientific Instrumentation.

2 thoughts on “Why you should care about Bluetooth LE Audio”

The internet of things (IoT) holds much promise for making our world smarter, more connected, and efficient. However, if it’s going to fulfil this promise